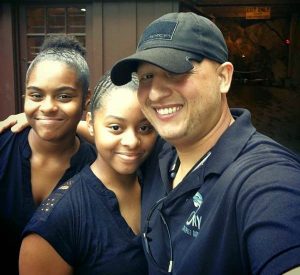 I’ve always had a strong interest in nature, loving every kind of animal. However growing up in a city I had very limited access. That is until I would have the opportunity to visit the Bronx Zoo in NY. Only then could I satisfy my curiosities outside of the National Geographic channel. Until one day after saving money from graduation gifts of the sixth grade. I found a local pet shop and purchased my first snake – my first reptile at that – a ball Python! The moment I brought him home I realized never had I even touched a snake. I opened the bag, reached in and knew instantly this was a life-long venture.

As a young man I joined the military in pursuit of a career. Never did I fill the void of this passion for animals. As I spent over a decade in the military I would continue to keep and breed reptiles. I’ve had huge collections but always kept them as pets. Every now and then I would wholesale babies to other breeders.

In 2010 I decided I could still do most of the things that I’ve learned during my military career as a civilian and breed reptiles for a living, specializing in Reticulated Pythons – the king of pythons! So I did. I went all in! I have had a lot of fun doing so, meeting all the new personalities, igniting the flame in others and being a part of the next generation to come, creating morphs I never had and sometimes making them from scratch. I am now producing Reticulated Pythons, Burmese pythons, boas, Ball Pythons, and a few other miscellaneous reptiles that aren’t so commonly worked with.

As I continue to grow I will always strive to uphold a standard of professionalism. I will provide every new, existing or potential customer with the greatest of service. After all, we share the same passion and love for animals! This has been an incredible journey to get to this point, and I look forward to continuing it with you all for many years to come!